Skip to content
ResourcesBlogRacial Injustice and Our False Gods 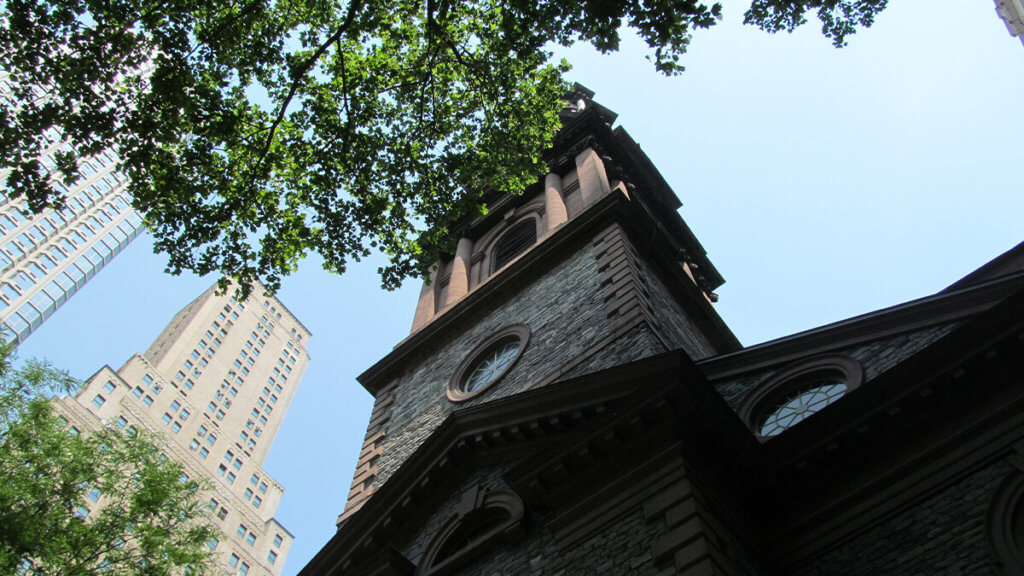 Racial Injustice and Our False Gods

Warning: this article contains descriptions of violence that may be disturbing to some readers.

Recent incidents of violence against black men and women in the United States are just the latest installments of over 400 years of Americaâ€™s controlling, abusing, and profiting from the bodies of black image-bearers. In addition to overt acts of racial injustice such as enslavement, segregation, lynching, and police brutality, a host of less obvious policies and practicesâ€”e.g. redlining, housing covenants, education funding, hiring protocols, etc.â€”have perpetuated social and economic injustices along racial lines for centuries.

As we discussed in our previous article, the church cannot sit idly by. As the very embodiment of Jesus Christ, the church must continue His work of declaring and demonstrating the comprehensive justice, healing, and wholeness of His kingdom. Yes, that kingdom is not fully here, but itâ€™s not just â€œnot yetâ€ either. Indeed, 2000 years ago the new creation burst forth out of the very dust of the old one, when Christ emerged from the tomb with a transformed, resurrection bodyâ€”the â€œfirst fruits of the new creationâ€ (1 Cor. 15:20-23).

We certainly donâ€™t have all the answers. Not even close. But the church is both called and gifted to see and to do things that the world is not always able to see and to do. Through Godâ€™s inerrant and authoritative wordâ€”the Bibleâ€”and through the indwelling power of the Holy Spirit, the church is created to be a unique blessing to the world. This reality should never lead us to arrogance, for we were once enemies of Godâ€”enemies!â€”and it is through His grace alone that we have been rescued from our rebelliousness (Rom. 5:10; Eph. 2:8-9). Joyful humility is the appropriate response to His astonishing gift.

In that posture of humility, letâ€™s delve into the questions we posed at the start of this series: How did we get here? What are the underlying dynamics? How can we truly address the root causes of the issues that plague our land?

As we discuss in our latest book, Becoming Whole: Why the Opposite of Poverty isnâ€™t the American Dream, three foundational biblical truths provide a helpful starting point for understanding both individuals and cultures:

By â€œworshipâ€ here we donâ€™t just mean what we do on Sunday morning. Rather, worship refers to the way we orient our entire lives. We worship whatever thing has the biggest pull on our hearts, shaping our thoughts and actions throughout the week.

How do these three foundational truths actually work in the real world?1 Supernatural forces are in play, as only God can transform fallen human beings into His image. But scholars throughout the ages have observed that there are some regular ways in which people go from worshiping a god, to being transformed into the image of that god, and to then shaping culture in that same image.2 These ancient truths have recently been rediscovered by theologians, philosophers, and social scientists,3 shedding considerable light on the process.4

How Cultures and People Are Formed

To understand how this works, letâ€™s consider the case of Joe, a life-long resident of the Westside community, who walks into your church asking for financial assistance. Like all communities, Westside is shaped by what philosophers call its â€œmetanarrative,â€ its overarching account of the nature of God, of human beings, and of the world. This metanarrative profoundly shapes the individuals of Westside and the community as a whole through three channels:5

The communityâ€™s story of change, formative practices, and environmental and social systems create a daily rhythm that shapes each community member to be in line with achieving the communityâ€™s goals.

An analogy might help. Think of a basketball team as a community. The teamâ€™s â€œstory of changeâ€ is that the goal is to win the game by scoring the most points. The players engage in â€œformative practicesâ€ to help the team achieve its goals: they practice passing, shooting, and dribbling to improve their ability to help the team to achieve its goals. And the coach creates a â€œsystemâ€ to reinforce the teamâ€™s goals: those who play well are praised and rewarded with more playing time; and those who play poorly are relegated to the far end of the bench. As the players repeatedly engage in â€œformative practicesâ€ that are narrated by the teamâ€™s â€œstoryâ€ and reinforced by the â€œsystem,â€ they change; they become better players; they become â€œwinnersâ€â€”they have taken on the image of the god the team is serving. In fact, the best players have been so transformed that they automatically and unconsciously do what the team needs them to do to win the game. When there are two seconds left on the clock and the score is tied, the team can pass the ball to its best player, and without even thinking, this player is able to drive to the basket and score the winning basket. The player has been transformed into the image of the god the community is worshiping.

Similarly, Joe does not walk into your church as a blank slate. To some degree he embodies the god his community is serving. And your church is not a blank slate either. Will your church respond in a way that reflects worship of the One True God?

The illustration below summarizes this process, highlighting how the elements of the community create a â€œformative feedback loop,â€ a mutually reinforcing story of change, formative practices, systems, and individual personhoods that make particular communities what they are.6

The Natural Process of Individual and Cultural Formation 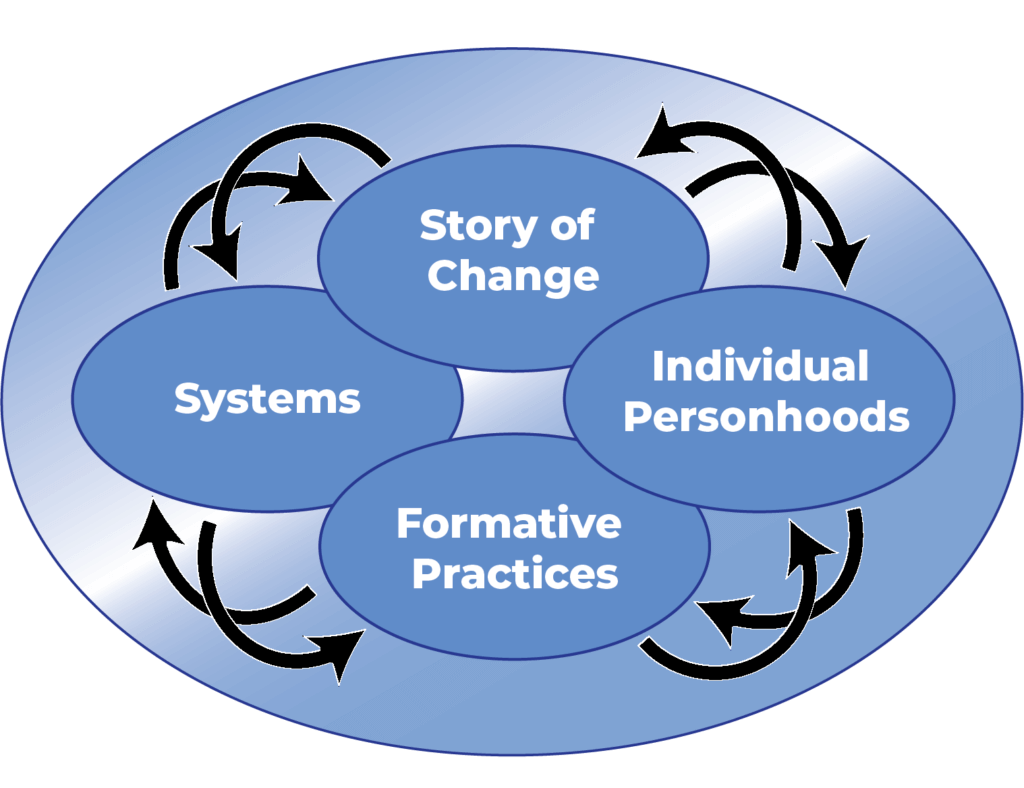 What Do We Truly Worship?

In this light, if we want to understand what is really going on in our nation, we need to ask what god(s) our nation is worshipping:

And the questions shouldnâ€™t stop there:

Whoever this god is, he makes Baal, Ashteroth, and Moloch seem like minor-leaguers!

And lest we think we in the church are immune from this godâ€™s influence, consider the following:

It may seem strange to focus on worship and idolatry to help us understand the underlying dynamics of racial tensions and other social maladies that are plaguing America. But this is exactly where none other than Martin Luther King Jr. would start. While King is best known for his nonviolent social action during the civil rights movement, this activism was deeply rooted in his theological understanding of the nature of God, of human beings, and of culture.

King kept a folder entitled â€œFalse Gods We Worshipâ€ that included notes, outlines, and some of his most famous sermons and speeches. In 1953, at the age of only 24, he preached a sermon series by the same title that opened with the following:

Certainly worship is as natural to man as the rising of the sun is to the cosmic order. Men always have worshipped and men always will worship. There is the ever present danger, however, that man will direct his worship drive into false channels. It is not so [much] disbelief as false belief that is the danger confronting religion. It is not so much downright atheism as strong, determined polytheism which impedes the progress of religion. The scripture furnishes numerous examples of this ever present tendency of man to substitute false gods for the One true God (Judges 2:12).

When we move from the pages of the Bible to the scene of the modern world, we find this same tendency present in even greater proportions. On every hand modern man has turned from the One true God of the universe to the worship of false gods round about him.7

To understand racism and the other social ills plaguing the United States, we need to understand the god(s) our nation is worshipping. We will look further at these gods and their impact on our culture in future posts. This examination should not be merely an intellectual exercise: we must actively repent and worship the One True God alone if real change is going to happen. 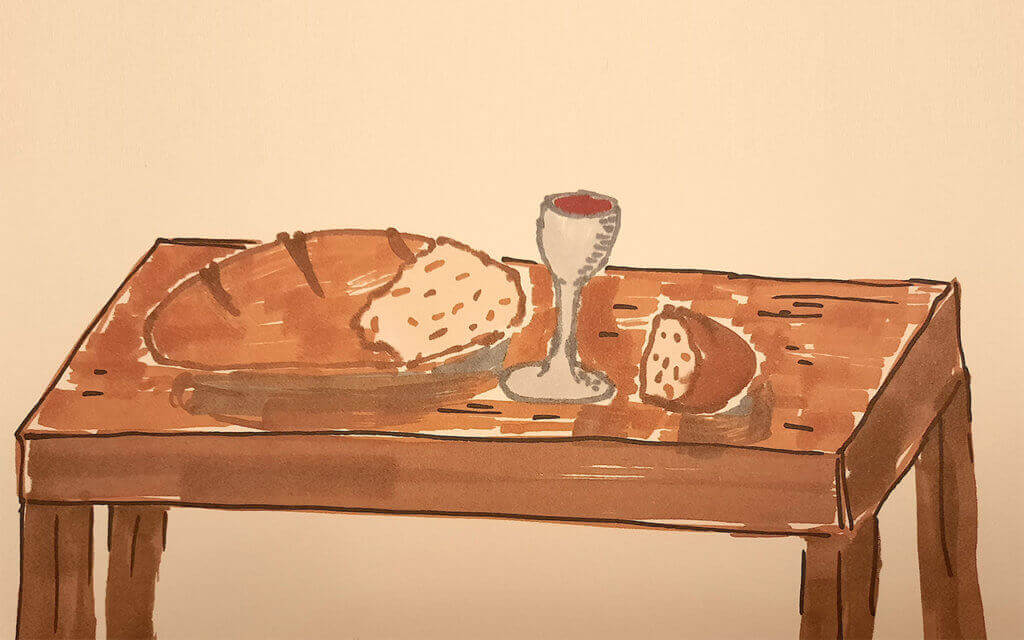 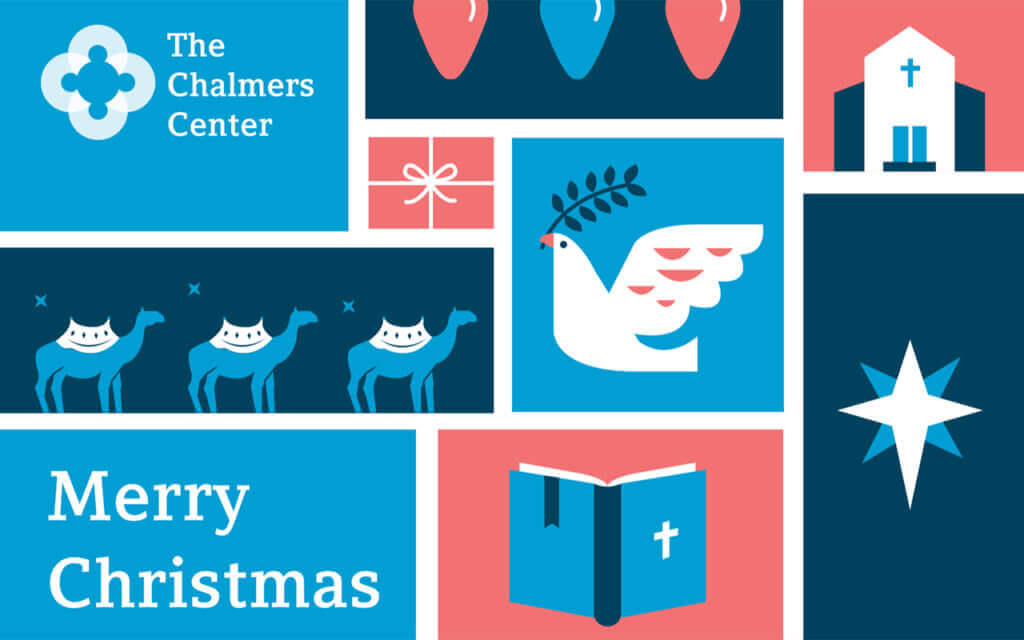