Skip to content
BlogWhy Did Jesus Come to Earth?

Read the Chalmers Center’s statement on racial injustice and our call to prayer and lament.

So what is the church supposed to do about racial injustice?

Many responses to this cultural moment have emphasized that racism (and injustice in society, more generally) is ultimately a spiritual problem, so the church’s response should be to focus on evangelism and prayer to change people’s hearts.

There is truth in that response. As we discuss in our book, Becoming Whole: Why the Opposite of Poverty isn’t the American Dream, the things we do—including the cultural systems that we create—are expressions of our hearts. Racist hearts will necessarily create racist systems, so evangelism and prayer to change hearts should be central tools in the fight against systemic injustice.

But are there other things the church should be doing as well?

To answer this question, there is another question we should consider first—the question we asked on the very first page of When Helping Hurts:

Why Did Jesus Come to Earth?1

Many Christians answer this question as follows: “Jesus came to die on the cross to pay the penalty for my sins so that my soul can go to heaven when I die.” This is absolutely true! We are all sinners who deserve eternal punishment, but Jesus’ sacrifice atones for our sins so that we are declared righteous before a holy God. Hallelujah!

But there is even more to the story than this. Look at how Jesus Himself understood His mission. Luke’s gospel records that Jesus’ earthly ministry began on a Sabbath day in a synagogue in his home town of Nazareth “as was his custom” (Luke 4:16). He stood up to read and was handed a scroll from the prophet Isaiah:

Unrolling it, he found the place where it is written: “The Spirit of the Lord is on me, because he has anointed me to preach good news to the poor. He has sent me to proclaim freedom for the prisoners and recovery of sight for the blind, to release the oppressed, to proclaim the year of the Lord’s favor.” Then he rolled up the scroll, gave it back to the attendant and sat down. The eyes of everyone in the synagogue were fastened on him, and he began by saying to them, “Today this scripture is fulfilled in your hearing” (Luke 4:17–21).

Isaiah had prophesied that a King was coming who would usher in a kingdom unlike anything the world had ever seen—Jesus’ hearers in the synagogue must have wondered if these prophecies were really about to come true. Was it really possible that justice, peace, and righteousness were about to be established forever? Was Jesus really the promised King who would bring healing to the parched soil, the feeble hands, the shaky knees, the fearful hearts, the blind, the deaf, the lame, the mute, the brokenhearted, the captives, and the sinful souls? Was he the King who would proclaim the year of jubilee for the poor (Isa. 35:1–6; 53:5; 61:1–2)? Jesus’ answer to all these questions was a resounding “yes!”

The mission of Jesus was and is to say to one and all, “I am the King of kings and Lord of lords, and I am using My power to fix everything that sin has ruined.” The good news that Jesus proclaimed was cosmic in scope, bringing healing to all creation, reconciling all things by the blood of his cross (Col. 1:20) and making all things new (Rev. 21:4).

Yes, racism is ultimately a spiritual problem. It is just one manifestation of the cosmic struggle between the kingdom of God and the kingdom of darkness (Eph. 6:12). But that conflict is not confined to the spiritual realm. On the contrary, the battle is present when Jesus heals the blind, the lame, the deaf, and the leper. And it plays itself out in the nitty-gritty, highly- tangible details of our daily lives: in families, businesses, legal systems, bodies, lakes, individual hearts, atoms…in everything (Rom. 8:18-25).

What Is the Church Called to Do?

How we understand the gospel deeply impacts how we live in the world. A gospel that doesn’t speak to all of the effects of the Fall isn’t good news for people who are suffering from oppressive systems, including the police violence and widespread racial injustice in our country. We must preach the full gospel—the good news of the kingdom of God and the cosmic healing that it brings.

But we must not stop there. You see, in addition to preaching the kingdom, Jesus showed the kingdom. He healed the blind, the lame, and the leper, restoring them as His kingdom was breaking into this world. And as His body, He has commissioned us to be agents of reconciliation as well, using both words and deeds to demonstrate the inbreaking of God’s kingdom into every sphere of life (2 Cor. 5:17-21). As King’s College professor of religion, theology, and ethics Anthony Bradley writes, the whole gospel “includes evangelism and working to destroy the devil’s work in the creation here and now. This is the redemptive, historical gospel that began in the Garden of Eden and will reach all tribes, nations, and tongues in a world at war with [Satan’s] kingdom until the consummation of God’s kingdom at the return of Jesus Christ.”

Indeed, this is what we see in the book of Acts, a book that explains how Jesus continued “to do and to teach” the good news of the kingdom through His church (Acts. 1:1). Jesus tells His disciples that they were to be His witnesses in all the world (Acts 1:8)—to bear his truth, character, likeness to a watching world, just as Israel had been called to throughout the Old Testament (Deut. 7:6). The difference this time is that each and every one of His followers was going to be filled with the Spirit, empowered to obey His word and called to faithfully bear the sufferings and humiliations of Jesus.

So, if the church is called to love God with our whole beings and love our neighbors as ourselves, we have to live in the truth of the whole gospel. Love of God includes not just worshipping Him on Sunday morning, but longing for His will to be done in the whole earth. Otherwise, as the Old Testament (e.g. 1 Sam. 15, Isa. 1, Hos. 2) and Jesus’ rebukes of the Pharisees (Matt. 23) make abundantly clear, God is not pleased with our worship.

Love of neighbor depends on an honest accounting of who we are, who our neighbors are, and what has passed between us—repenting of sins, making efforts to repair what has been broken, and showing mercy to those burdened by the effects of the Fall. This means we need to be curious about people—open to hearing about the pain that sin (ours, others’, and the sins of generations past) and brokenness has wrought in their lives. And then we must apply the love of Christ fully and faithfully to their deepest concerns, including working to change any systems that are unjust and oppressive, for “He comes to make His blessings known far as the curse is found.” And that curse is found everywhere.2

We can’t work toward true justice, mercy, and peace apart from King Jesus’ power and love. Scripture tells us that we can’t have the King without His kingdom, but neither can we have the kingdom without its King! This is why the church—the embodiment of King Jesus—is central to God’s work of righteousness in the world.

Of course, this work is not easy, and it will continue until Jesus returns. But it is our calling and our joyful pursuit as we follow our King. As pastor and professor Irwyn L. Ince, Jr., writes:

Reunion is the story of Scripture. These words we find throughout God’s Word—renewed, reconciled, united—are the reversal of the fractures, divides, breaks, and partitions of life in this world and before God that were and are so desperately needed…. God himself is committed to knitting the human race back together in Jesus Christ. This is why, in spite of the inherent instability of the pursuit, in spite of the frustrating feeling of running hard and getting nowhere, we still press on toward the vision.3 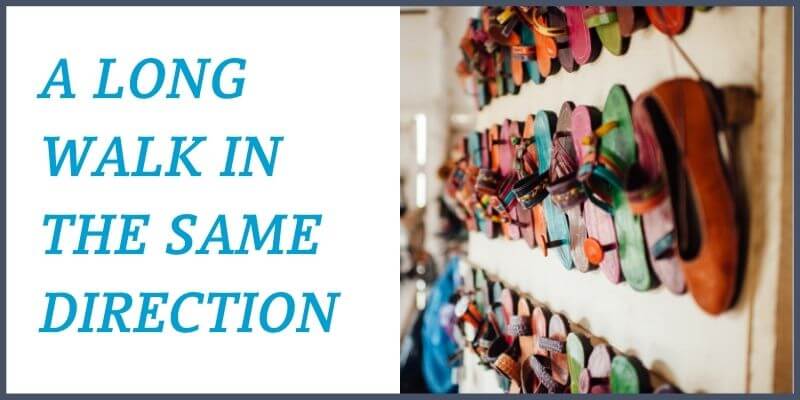 A Long Walk in the Same Direction 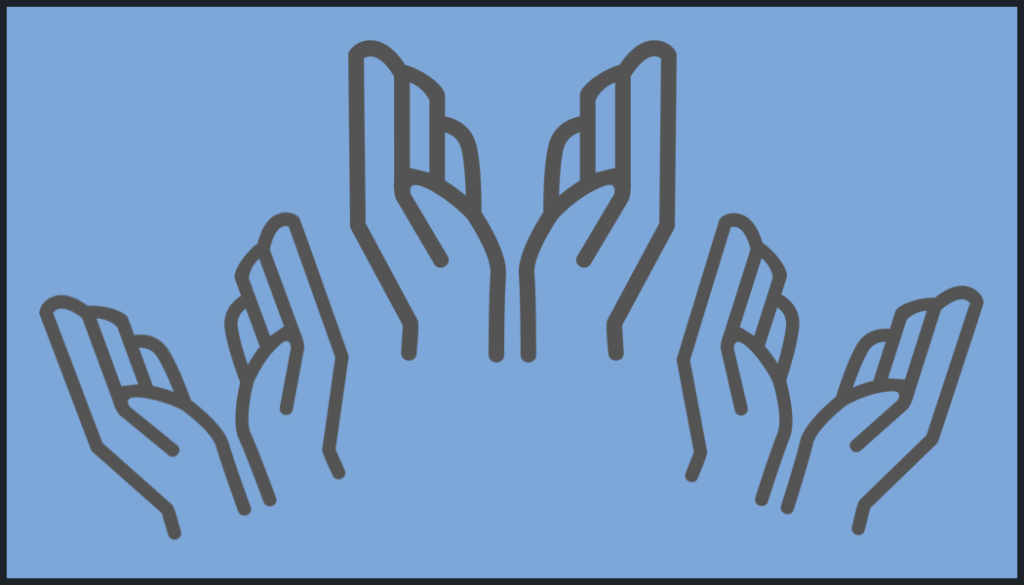 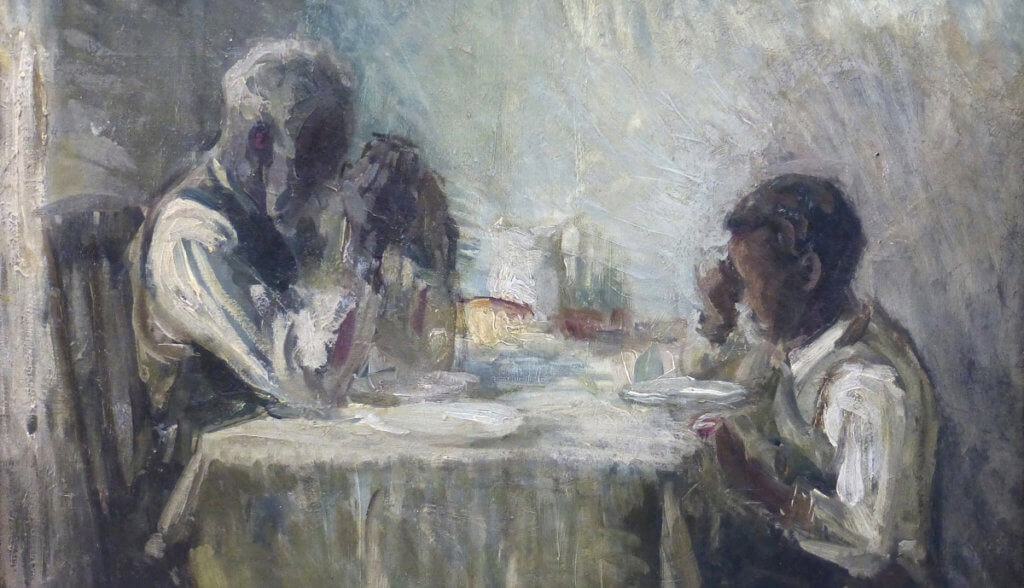