We Need a Better Story

Stories are powerful. The stories we believe—whether true or false—shape our entire lives, telling us who we are, who we were, and who we are becoming.

But what are we becoming? Can it be predicted? Can we choose what we become? How does the fact that we all are becoming something inform the way we walk with materially poor people? Can we help them change? If so, to what? And if individuals can change, what about communities, institutions, or even nations? Can they change for the better, too? If so, how? And what does “better” even mean?

How we try to answer these questions reveals our “story of change”—what we think the goal of life is and how we can achieve it. This is a similar idea to what the social services sector refers to as a “theory of change.”

You see, the unstated assumption behind most of our poverty alleviation efforts is that the goal is to make poor people just like us. We implicitly believe that we have exactly what the poor need, so we try to turn Uganda into the United States and America’s impoverished inner cities into its affluent suburbs. Thus, we design our poverty alleviation initiatives—our interventions, operations, staffing, funding, marketing, metrics, messages, and goals—to help poor people pursue the American Dream.

But why would we want to do that? We are not okay. The fact that we have achieved unprecedented economic prosperity without corresponding increases in our wellbeing is completely counter to the basic assumptions of Western civilization. As a result, swarms of Western economists are currently trying to discredit this result, which they refer to as “the paradox of unhappy growth.” How could it be that we have attained such wealth without increasing human flourishing?

The “American Dream” is a phrase that can mean different things to different people. What we take issue with is a way of life characterized by self-defined happiness and the pursuit of ever-increasing wealth, power, and freedom. At the same time, we fully agree that the opportunity to build a stable life through hard work has been a force for good for literally millions of Americans over the centuries, including ourselves. 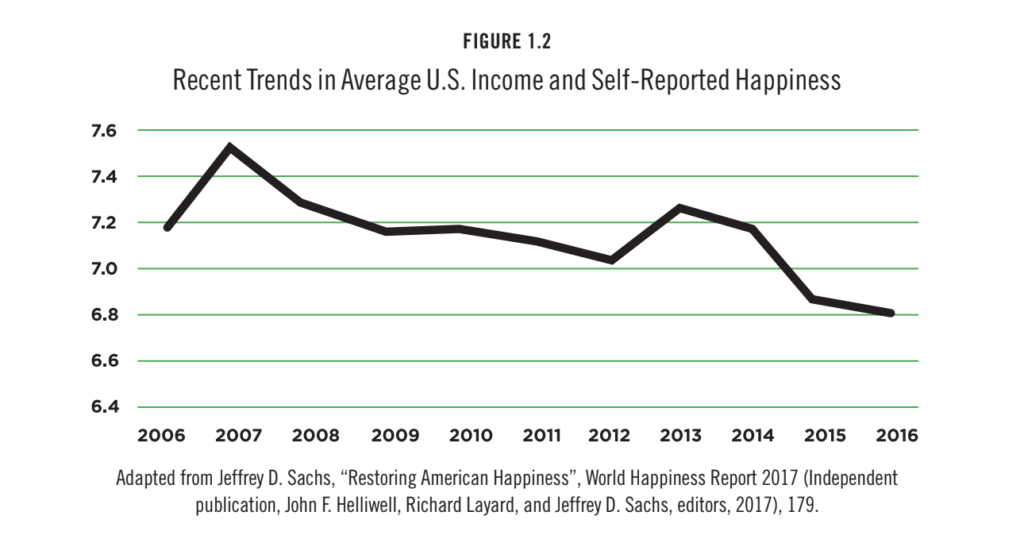 This American Dream of self-fulfillment is the wrong story, for both poor people and ourselves. We all need a different story, a better story. For the stories we believe profoundly shape us, impacting every aspect of our lives, including even the inner-most aspects of our bodies and souls. Hence, if we are trying to live out the wrong story, one that doesn’t fit who we really are as creatures, we simply cannot flourish. It’s like being miscast for a role in a movie. No matter how hard you try to play the role, it just doesn’t work.

For example, imagine you’re asked to play the role of the jockey who rides Secretariat, the greatest racehorse of all time. And imagine you’re 6’10” like me (Brian). No matter how hard you try, you just can’t play the part. The horse’s back strains under your weight, and when your feet fall out of the stirrups, they drag on the ground. The horse can barely move with you on his back, much less run at breakneck speed. No matter how hard you try to crunch up and be small, you simply can’t do it. You are who you are.

As the filming drags on, things only get worse. Your neck, shoulders, and legs ache. The horse runs away every time you approach him, fearing that you’re going to break his back. The director gets frustrated about having to reshoot every scene. The entire crew is discouraged, as they know the movie will be a flop. And your own self-image plummets, because you feel like a failure as an actor.

Now imagine that the filming lasts for decades. Things never get better. But for some reason, everybody keeps trying to make it work, rather than selecting a different script that would fit you better. This is the life we are living. We keep trying to live out the story of Western civilization, even though it doesn’t fit who we are as human beings. And we keep asking poor people to join us in the story, giving them roles to play that don’t fit them either. But we haven’t just been trying to live this story for decades; we’ve been trying to live it for centuries. We need a better story, one that fits who we really are as human beings. Unfortunately, we don’t even realize there are different scripts we could try out. 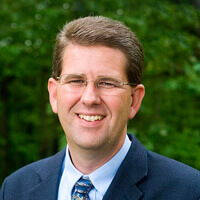