Living into the Story

Adapted from Becoming Whole: Why the Opposite of Poverty Isn’t the American Dream, pp. 251-258

As I’ve shared in this space before, the story that God is telling about His Kingdom is key to our understanding of why and how we are to care for the poor. Moreover, getting this story wrong—telling a broken story instead of God’s story—can cause deep and lasting harm to those we are called to love, including ourselves!

One of the most amazing things about our loving, relational God is that He is working out His reconciling story in the here and now of this broken world! And He has chosen “the foolish things, the despised things, and the things that are not”—like a mother in Togo working to raise her children in extreme poverty—to “nullify the things that are” (1 Cor. 1:26–29). The kingdom of God is upside down, so at the very bottom—which is mysteriously at the very top—are restored priest-kings, new creatures in Christ who are spreading the reign and worship of God in the most unlikely of places.

God doesn’t need us, but He has given us the incredible privilege of playing a role in His grand drama. The Bible doesn’t provide us with a detailed script that reveals every line in this story, but it does outline the overall direction of God’s unfolding plan. And this prompt is sufficient to enable us to improvise His story in the here and now in very powerful ways.

Of course, doing this successfully requires us to know what scenes we are supposed to be acting out, what scenes have happened before, and what scenes we need to anticipate. Unfortunately, many of us haven’t followed the plotline of God’s story all that well, so we are fumbling about on stage, having no confidence and little sense of direction. This misunderstanding affects our lives and our approaches to poverty alleviation in profound ways.

What Time Is It?

In a previous post, I talked about some of the false stories we tend to believe including what my friend Darrow Miller has called “Evangelical Gnosticism”—a mix of Western Naturalism and Christian teaching which many of us have internalized, either consciously or unconsciously. This story puts events, the “scenes” of the play, into a sequence that looks something like this:

In this script, we seem to be in period #5 right now. Our future in heaven is secure, but there isn’t any clear connection between this world and the next, so we just enjoy the present life the best we can. Many of us get married, have children, pursue jobs that pay well, and attend church. These are all good things of course, and we do enjoy them, but they don’t seem to have much eternal significance. In many ways it feels like our entire lives are spent in the waiting room at the doctor’s office. We enjoy reading People magazine while we sit there, but we know that it’s just a fun thing to do while we wait for what really matters to begin.

But is that the way things really are? Although we still live on the old earth below the old heavens, God has started a new creation in the risen Christ, and that new creation is us! The real sequence of events of God’s story (as revealed in historic Christianity) looks more like this:

Christ is the center of history because His life, death, and resurrection change everything. His story becomes our story. He came, not simply that our sins might be forgiven, but to liberate us into His own life (remember union with Christ!) to live and love well now! Christ the King has come, and we celebrate the inauguration of His kingdom by living as though He is King in the present age, because He really is.

Yet we recognize that while He is the King and His kingdom has come, we are still in a war-torn world, a conflict zone. Because Christ’s own life flows through us, the world responds to us the way it responded to Him. In the face of such opposition, His victory over the world and death gives us strength to follow Him even to death, knowing that it has no hold on us. So we follow Him and participate in His kingdom now, not by shouting angry words, not by trying to take over governments, and not by becoming the most influential figures in culture. No, this kingdom looks like its King, the one who welcomed the child, healed the leper, and proclaimed good news to the poor. This kingdom looks like a King who was willing to suffer and die for others, even those who were His enemies.

This requires patience from us. We would like to see the kingdom in full effect here and now, but our King works patiently, slowly, and graciously. Although we live in His kingdom now, things don’t look like what they will someday when all things have been set right.

In this story, believers are in period #6. We have been restored as priest-kings, new creatures in Christ who are secure in His love and who are called to declare and demonstrate His kingdom to a world that still tries to reject Him (see Matt. 6:33; Luke 9:1–2; 10:1–9; John 20:21). This gives us a much bigger reason to get out of bed on Monday morning than the erroneous story of Evangelical Gnosticism, and it gives us much more power for doing so. We are no longer in the waiting room, biding our time until Christ returns. We are new creations, right now, and we are called to proclaim the present kingdom of God, right now.

Because Christ is King of the entire cosmos, Christians should be extending the knowledge of His presence into every square inch of His domain. Christians do this in three arenas.

First, there are some activities the Bible indicates the church should do directly: preach the word, administer the sacraments, exercise discipline, engage in fellowship, and care for the poor, especially poor believers (see Gal. 2:10).1 When the church engages in these activities, it directly ministers holistically to the people in its midst.

Second, some believers are called to be involved in para-church ministries, which explicitly seek to help the church fulfill its mission by undertaking tasks that are beyond the capacity of the local church. Many poverty alleviation ministries fall into this category. Some para-church ministries may be national or even international in scope (some Christian relief and development agencies, for example) while others will be much more local.

Third, some believers are called to serve as priest-kings in institutions that are not para-church ministries in that they are not engaged in explicitly Christian ministry (government, business, the arts, and civic organizations, for example). While these institutions are not rooted in the local church, Christ is the Creator, Sustainer, and Reconciler of all things, including these institutions, so Christians must work in them as well, faithfully seeking to use words and deeds that bear witness to the present and future reign of Christ as much as possible (Matt. 5:16; Col. 1:15–20).

As we seek to advance Christ’s kingdom, we must not try to do so through power or might, but through humility, sacrificial service, and love. Our King comes “gentle and riding on a donkey, and on a colt, the foal of a donkey” (Matt. 21:5). And such the expansion of the kingdom does not mean wholesale destruction of all elements of the surrounding culture, for many of those elements are good.2 Rather, the expansion should act more like salt that preserves and enhances the good, and like yeast that permeates and brings life (Matt. 5:13, 13:33). The spread of the kingdom is more about transforming than completely discarding, for the new creation is birthed out of the old (Rom. 8:18–25; Phil. 3:21; Col. 1:15–20; Rev. 21:24).3

Don’t be fooled by the apparent weakness of the weapons of the kingdom community. Yes, in the face of the world’s military might, technological mastery, and economic power, the holy nation goes into battle with meekness, humility, kindness, forgiveness, purity, generosity, material abandon, peacemaking, honesty, turning the other cheek, and prayer (Matt. 5–7; 1 Cor. 13:13). While these weapons seem weak, they are actually the most powerful in the world (Ps. 20:7), for King Jesus reigns over His entire cosmos right now, including every culture of this world.

Because of that, the rules of His kingdom—its story of change, practices, and systems—are the ones that are governing the universe, both now and forever. And love is the currency of His realm (see 1 Cor. 13:13). Love really does make His world go ‘round.

Share on FacebookShare on TwitterShare on LinkedInShare on Email 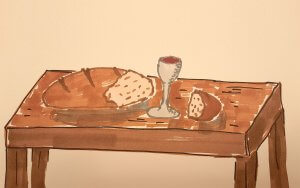 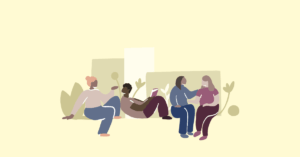 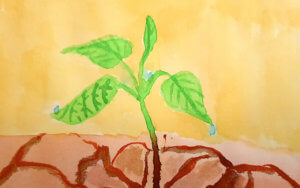