The tomatoes caught me off guard. Sitting in a small Anglican church in Kenya, I was prepared for the invitation to put some money in the offering plate. I was not prepared for tomatoes.

But that’s what the members of that farming village brought. Tomatoes, avocadoes, maybe even a chicken or two, all brought up and placed on the altar. They brought the literal firstfruits of their small fields, the work of their hands given back to God in gratitude for his blessing on farm and farmer alike.

Perhaps a Christian approach to economic life begins on an altar covered with tomatoes, with worship that orients all of who we are toward the God who so loved the world that he gave. Indeed, worship is an economic issue. We are made in the image of a generous King, wired to reflect his generosity to the rest of creation.

If worship is an economic issue, so is idolatry. When we read about the Israelites worshiping Baal in 1 Kings 18, for instance, we often imagine that some the Israelites simply fell in love with Baal statues. Perhaps a compelling Baal evangelist showed up and presented the 4 Spiritual Laws of Baal Worship. Maybe a traveling Baal apologist presented some compelling arguments in a public debate.

But the primary attraction to Baal worship certainly wasn’t a pretty statue or a theological argument. It was an economic promise. The nations around Israel called Baal the “Rider on the Clouds” who could bring the rain and make all your economic problems go away. Little wonder, then, that when King Ahab chose to marry a woman from Baal territory, the farmers in Israel built a house for this new god and welcomed him to the neighborhood (1 Kings 16:31).

Of course, most Israelites didn’t totally reject Yahweh, the God of Israel. They probably kept going to the temple, paying their tithes, and saying a prayer or two now and again—especially on holidays. They just added Baal worship to their insurance policy. After all, if you’re a farmer, it’s only practical to invest in getting the Rider of the Clouds to like you.

The rest of the story makes clear that Yahweh would have none of it (1 Kings 17:1–18:46). He proves to Israel that he is the only God who can deliver the economic goods by bringing a drought on Baal’s home turf and sending fire from heaven to consume Elijah’s offering. The Lord wages a war for his peoples’ hearts on the battlefield of their bank accounts. Worship, after all, is an economic issue.

This is the sort of background we should bring to Jesus’ words that we cannot serve God and money or Paul’s declaration that greed simply is idolatry. The New Testament writers understood that money poses one of the biggest temptations facing God’s people. Too often, we treat money as an idol like Baal, an idol to worship as a god to get what we want. Over and over again, the New Testament makes it abundantly clear: Money wants our worship. But every bit of ourselves we give to our stuff we snatch away from our true king.

Here’s the bad news: Evidence suggests that money may be winning the war for the average U.S. Christian’s worship as often as not. While Americans have experienced significant income growth over the last 50 years, studies show that during that same period of time, average evangelical Christian giving dropped…from 5.98 percent to 3.21 percent of those ever-growing incomes. As American Christians, we’ve generally earned more and given less.

The Old Testament mandated a 10 percent tithe plus voluntary offerings for agrarian peasants living on small, rain-dependent farms. Jesus commanded his followers, poorer by far than any of us today, to “give to everyone who asks you” (Luke 6:30). The earliest Christians, living under occupied rulers and oppressed by exorbitant taxes, nevertheless liquidated assets and shared their homes with one another. But today US Christians give away less than 4 percent of our incomes. If the biblical authors thought love of money could drag them to hell, what would they have to say to us (cf. Luke 16:19–31)?

The good news is Jesus doesn’t just warn us of our idolatry; he gives us a way out of it. By the power of his Spirit, Jesus renews our hearts, rescuing us from dehumanizing idolatry and restoring us as worshipers of Jesus.

This transformation doesn’t just happen in a single moment though. Even with hearts renewed by grace, we often find ourselves slipping back into our old ways. Thank goodness, then, that Jesus gives us a practical step, an act of obedience that, when we enter into it by his grace, liberates us from the idolatry of money. You see, just before Jesus warned us we can’t serve God and money, he invited us into this powerful practice: “Store up for yourselves treasures in heaven, where moths and vermin do not destroy, and where thieves do not break in and steal. For where your treasure is, there your heart will be also.” (Matt. 6:20–21)

We often read this passage as saying that our giving is like a thermometer that tells us the temperature of our hearts for God. That’s true enough, but that’s not what Jesus says here. Jesus’ point is that giving is like a thermostat that changes the temperature of our hearts. Giving to God’s kingdom shapes our hearts for God because where we put our stuff, there our hearts will go. Generosity is a God-given prescription for the idol-sickness that ails us.

Over 100 years ago, a few Christians in one of the poorest regions in India began practicing giving inspired by the King who gave his very life on the cross. Every time these very poor believers cooked rice for their families, they’d throw a handful of uncooked rice into a special container. The church would gather this rice, sell it, and use it to minister to their neighbors. This practice, known as Buhfai Tham, raised only $1.50 its first year. Today, these handfuls of rice raise $3 million dollars. Their generosity has enabled them to support thousands of missionaries and bring many of their friends and neighbors to faith in the God who so loved the world that he gave.

The example of these poor saints calls us Westerners to repent of our economic idolatry and pursue cross-shaped giving in our own lives. What would it look like for us to practice cross-shaped giving, giving that worships God and embraces his heart-transforming power that we greedy idolaters so desperately need? I suggest a few simple practices to help us get started.

All of this is just the beginning. Practicing cross-shaped giving will lead us ever deeper into a life of loving and serving Jesus. Who knows where our humble next steps toward worshiping God with our stuff will lead?

Also, as Brian Fikkert, Robby Holt, and I detail in great depth in Practicing the King’s Economy: Honoring Jesus in How We Work, Earn, Spend, Save, and Give, economic discipleship doesn’t end with worshiping God with what we earn. Economic discipleship invites us to re-imagine how we work, how we spend, how we compensate, how we invest, and more.

We believe God is calling his church to bend the entirety of our economic lives toward a more just, inclusive economy in which currently marginalized neighbors and neighborhoods become full participants in the community. We tell stories of Christians empowering minority-owned businesses, business owners and churches finding ways to hire refugees and those with criminal records, families investing in social enterprises that provide jobs for the homeless, and so much more. And we provide first-step practices of economic discipleship for God’s people in our families, churches, and workplaces.

But we’ll never get down the road toward the kingdom economy of Jesus if our hearts are hardened by worship of money. Indeed, Christian responses to the most pressing economic challenges facing our world today may start with a strikingly simple practice: storing up our economic treasures in God’s kingdom. For where we put our treasure, there are hearts will follow. And hearts aflame with kingdom fire will find ever-new ways to embody an economy that looks like God’s, for the glory of our King and the good of our neighbors.

This essay is derived from Practicing the King’s Economy: Honoring Jesus in How We Work, Earn, Spend, Save, and Give, written by Michael Rhodes and Robby Holt, with Brian Fikkert. 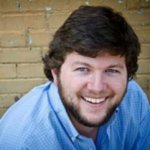 Posted in Practicing the King's Economy