On a day in 2009 that began like any other, Cortny Bean began experiencing intense abdominal pain. Fearing she had appendicitis—or something worse—she drove to the emergency room.

When she arrived, doctors quickly discovered the source of the pain: she was in labor! Within a few hours, she gave birth to her son Braxton.

Cortny was shocked. Before then, she had no idea she was pregnant. She felt utterly unprepared for motherhood. She wanted to give her newborn son a chance at a better life and decided to give him up for adoption. But the surprises kept coming.

Braxton’s father was unwilling to sign adoption papers and wanted to assume custody. Knowing this wasn’t the best option for her son, Cortny decided to keep Braxton.

One day, Cortny was a young single woman. The next, she was a mom. She was alone and in the middle of the biggest emergency of her life. She didn’t have a crib, baby clothes, diapers, or anything else that her baby needed. She needed help!

Cortney found the support she needed through The Restoration House of East Tennessee. Founded by Daniel Watson in 2007, The Restoration House (TRH) walks alongside low-income single-parent families by providing transitional housing and support from teams of allies, family advocacy services, and youth development programs. 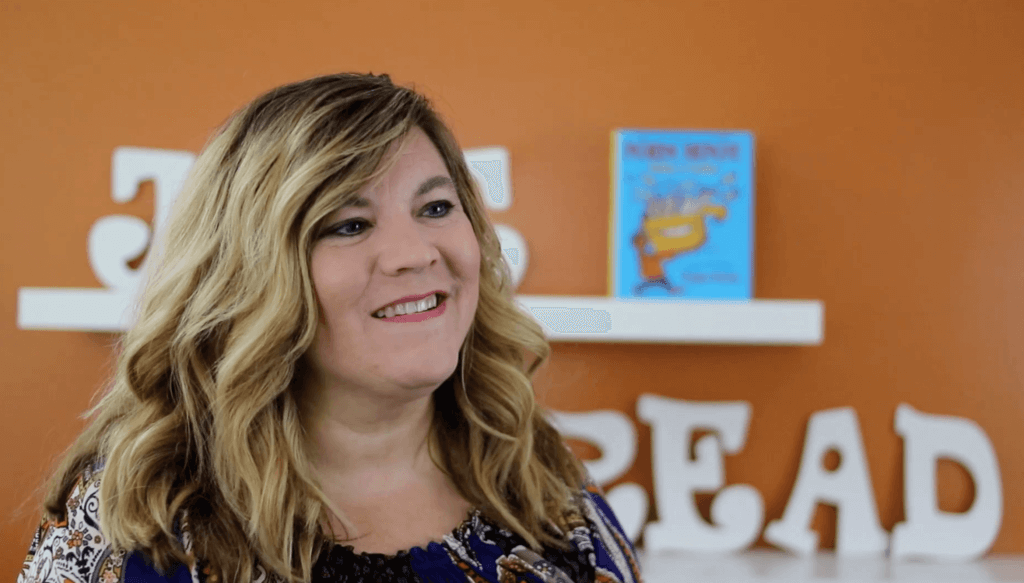 When Cortny came to The Restoration House, she and Braxton began a journey with a community of people who welcomed her in ways she’d never experienced before. She began learning about her worth and discovering gifts she could use to serve her community.

When moms like Cortny arrive at The Restoration House, financial struggles are often a significant part of their journey. That’s why TRH offers a Faith & Finances financial education ministry as part of their program for single moms.

Lori Haskell was one of the first people the Chalmers Center trained when Faith & Finances launched in 2011. Since then, The Restoration House has partnered with local churches to offer Faith & Finances for mothers in their program every year.

“What I love about Faith & Finances is that it’s geared for low-income learners,” Lori says. “It helps create relationships and a safe place for moms to learn.”

As Cortny participated in Faith & Finances at The Restoration House, she began to shift her mindset about money and relationships.

Through Faith & Finances, Cortny began to see money as a resource God was using to accomplish His work in the world. She embraced new spending and saving habits that more closely reflected the things that were priorities in her life.

Moving Toward a Better Future

When Braxton was born, Cortny knew she didn’t want to be a struggling single mom when he was growing up. She wanted him to be free from the burden of anxiety about finances.

To create that kind of stability, Cortny had to work long hours at a retail job. It paid the bills—but as Braxton grew older, Cortny realized she wasn’t the fun, energetic, and involved mom she wanted to be.

After experiencing Faith & Finances and learning how to budget, make hard sacrifices, and invest in her future, Cortny had the confidence and peace to step into the unknown.

Thanks to the new habits she learned in Faith & Finances, Cortny was able to save enough money to quit her retail job, go back to school, and get her real estate license.

Today, she’s able to provide for her and Braxton’s needs through a job that offers her the flexibility to spend more time with him.

Becoming a Mentor to Others

After Cortny graduated from The Restoration House in 2013, she wanted to give back and help support other single moms. Lori invited her to get trained to facilitate Faith & Finances and share her story with other mothers in the program.

“Walking with people in relationships through the class is such a reward for me,” Cortny says. “My personal experience being a single mom helps me relate to them.”

In addition to leading Faith & Finances, Cortny also joined the board of The Restoration House. As a graduate, she brings the voice of personal experience to the ministry as they make decisions.

When Braxton was born, Cortny never imagined she would one day become a mentor and a guide to other single moms. It’s been one more surprise in a story full of surprises—a story of God’s restoring power in her life.

Anne Miller is a Communications Intern at the Chalmers Center. She spent the summer of 2019 visiting ministries across the Southeast who use Chalmers resources to help people who are poor. Anne was born and raised in Chattanooga, Tennessee and currently studies Economics and Community Development at Covenant College. 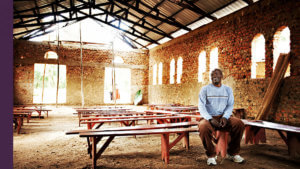 Banking on the Church 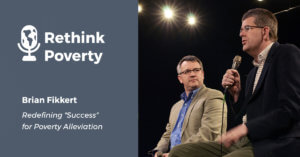