Michael has a Master of Arts in Theological Studies from Covenant Theological Seminary and is completing a Doctorate in Ministry from Gordon-Conwell Theological Seminary. Earlier in his career, Michael worked as a manager with Accenture for eight years, focusing on mergers and acquisitions in the financial services industry. He then served as a vice-president with Bank of America, where he focused on process design in the Wealth Management division. After moving to the nonprofit world, he served for almost three years as a missionary in Spain with World Harvest Mission. Most recently, Michael worked as Executive Director of Third Millennium Ministries in Orlando, Florida. Michael and his wife, Kathryn, have three children. 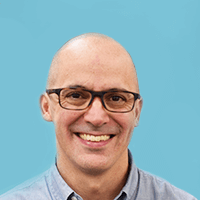