A story of hope from Love In the Name of Christ, a trusted partner of The Chalmers Center. Through training and partnerships like these, the Chalmers Center equips local churches and ministries to address the broken relationships at the root of poverty, living out Jesus’ kingdom today in their own communities.

“Where are we going to live?”

“Are we really going to have to move again?”

“How are we going to explain this to our children?”

When Miranda and Steve’s landlord passed away, the dream house they were renting—with the hopes of one day owning—looked as if it was going to be one more place they could no longer stay. They weren’t yet in a place where they could purchase a house. As far as finances went, they could tell you the amount of money they made each month but had no understanding of their spending habits.

Having to move was a heartbreaking situation for a number of reasons but it was the last straw when their son asked: “Mom, is this the last time?”

The couple spoke to Miranda’s mom about their predicament, and she made them a deal—attend the Faith & Finances class offered through Love In the Name of Christ of Greater O’Brien County (Sheldon, Iowa), and she would loan them the money to buy their house.

They quickly agreed—it seemed simple enough. Yet they had no idea what an impact it would have on their lives.

From the moment they walked into class, their Faith & Finances facilitator, a Chalmers Center-trained volunteer from St. Paul Lutheran Church who was also a local college vice president, had them laughing and wanting to learn.

Each session, Steve and Miranda found out more about where their money was going and valued the tracking sheet at the end of each chapter. With those resources, it quickly became apparent that gas station convenience stores were not their friends and a large amount of their hard-earned money was going there.

Each week, the couple also met with their ally, a volunteer from American Reformed Church of Primghar, to review their homework. In these moments, as Steve and Miranda built a relationship with their ally, they were encouraged to start making small changes to their spending habits. It was the lesson on budgeting, however, that really made things click. They created an attainable budget for the first time and started working hard to keep it. Their facilitator and ally carried so much knowledge with joy and humility, and Steve and Miranda gleaned all they could from them.

After dipping their first toe in the water, Steve and Miranda jumped right in, embarking on a year-long mentorship program. They found lots of sound financial advice, but also hope and a community to belong to:

“This class really opened our eyes to more than the money-side of things. It made us realize that our goals in life and our spending/budgeting habits were not working together at all. By the end of the first 10-week session, we were no longer coming to Love INC to fulfill a promise to Miranda’s mother. We were coming because we realized we needed the help and the teamwork. We needed Love INC.

“From the first meeting with our mentor, Danielle, we knew we were going to be better than fine. She walked with us throughout the entire process with the most non-judgmental, encouraging attitude and we could not thank her enough. She encouraged us…she celebrated us…she supported us…and soon, there were weeks where we didn’t stress about how things were going to be paid. We were in control of our finances and knew where our money was going. Yet, Love INC has done so much more for us than get our finances in better shape.”

Prior to coming to Love INC, Steve didn’t have a personal relationship with the Lord. Now through a Bible study at St John’s Lutheran of Sanborn, his faith is growing more and more.

Miranda said, “Love INC taught us how to communicate through the hard stuff. They were there when Steve celebrated his job promotion and job change. They were there when his father found a mass in his chest (which thankfully wasn’t cancer). And now, as we pursue the ability to do foster care, we know our community, the Love INC community, is still behind us and that makes anything feel possible. Because no matter what’s next for us—they’ll be right next to us, cheering us on and supporting us as we go.”

Want to start your own Faith & Finances class? Get trained online with a certified expert! 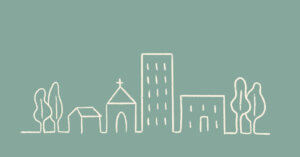 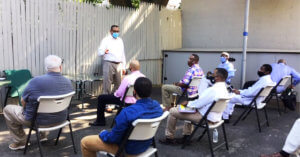 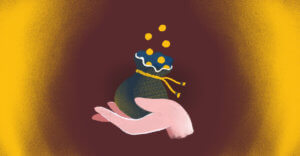 Social Mobility or Restored Community: What Is Money for?