Nat Belz attended Covenant College and George Mason University. He began his career in advertising, later doing communications work with Prison Fellowship. He has been involved in several startup publications, including World Magazine, Explore! Magazine for children, and ByFaith Magazine. He is a freelance writer and graphic designer. He and his wife Mindy, an editor with World Magazine, live in Asheville, North Carolina. Their four children graduated from Covenant College. Nat is an elder at City Church in Asheville. 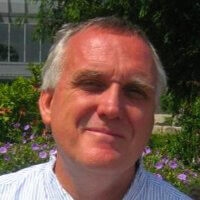