Originally from Baltimore, Maryland, K.A. Ellis is a Research Fellow for World Christianity with Reformed Theological Seminary. She explores the zones where identity, human rights and theology intersect. Karen is president and co-founder of Makazi Institute, equipping the next generation of transcendent thinkers. Since 2006, she has collaborated with the Swiss-based charity International Christian Response, and travels internationally advocating for global religious freedom. She has written for Christianity Today, The Reformed African American Network, Urban Faith Magazine, The Gospel Coalition, and others. She holds a Master of Art in Religion (MAR Theological) from Westminster Theological Seminary, a Master of Fine Art (MFA) from the Yale School of Drama, and is a PhD candidate at the Oxford Center for Mission Studies in England, under the supervision of Dr. Stanley Hauerwas. 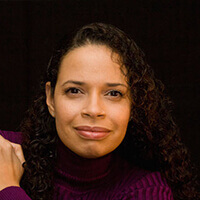